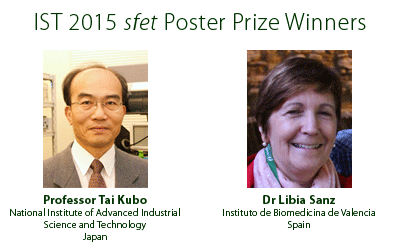 The 18th World Congress of the International Society on Toxinology will be held at the Sheldonian Theatre and  the Examination Schools - two of the most magnificent and beautiful buildings in Oxford.

Probably founded in the early 12th century, the University of Oxford is the oldest and one of the most prestigious educational establishments in the United Kingdom. It is hosting the 18th World Congress on Animal, Plant and Microbial Toxins in September 2015. Our main scientific theme is the exploration of the structural, pharmacological, evolutionary and clinical aspects of “natural toxins”. By analogy with the term “Proteome”, “Toxinome” has been coined to describe the complete set of toxins that can be expressed by the genetic material of animals, plants and microbes. Exciting new developments in proteomics and allied disciplines are enabling us fully to understand the nature of venoms and toxins and their biological significance. We hope to reflect the excitement of these discoveries and their applications in science and medicine by designing thought provoking plenary sessions, thematic symposia and interactive poster sessions. The leading international figures in toxinology will be attending this meeting, together with guest speakers from outside the discipline of toxinology but who have used toxins to explore important aspects of animal, plant or microbial physiology. Two of our main aims are to allow more time than is normally allocated to discussion and to encourage the formation of new networks as well as re-invigorating established collaborations. 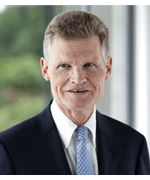 The congress will be inaugurated by Professor Sir John Irving Bell, GBE, FRS, HonFREng, FMedSci, Regius Professor of Medicine at the University of Oxford since 2002. He will speak on the basic science-industry interface. Previously, Professor Bell was a Wellcome Trust Senior Clinical Fellow (1987-1992), the Nuffield Professor of Clinical Medicine (1992-2002) at the University of Oxford and later President of the Academy of Medical Sciences (2006-2011).  He co-founded the Wellcome Trust Centre for Human Genetics and several other major institutes on the Old Road Campus. He is a Student of Christ Church and an emeritus fellow of Magdalen College. In 2015 he was made a Knight Grand Cross (GBE)  for his services to medicine, medical research and the UK life science industry in the New Years Honours. Furthermore, we are delighted to announce that Dr Jeremy Farrar, Director of the Wellcome Trust, will chair the Public Engagement with Science day on Sunday 27th September. The conference dates are 25th -30th September 2015 and we cordially invite you to the beautiful and historical city of Oxford  for what we hope will be a most enlivening and memorable meeting. Co-Presidents

RT @VirusesOxford: The Oxford #EmergingViruses meeting will be back on 07 Sept 2023 as a virtual/in-person hybrid event. For further update…
RT @CongressOxford: Dates for our 2023 summer courses: 30 July - 05 August 06 - 12 August Venue (TBC): St Edmund Hall, Oxford Web: https…
RT @amjadhusaini: A new development in genome engineering. Clever indeed! https://t.co/Z45kSZ1osx
RT @CheveningFCDO: It's that time of year where applicants might be worrying we've forgotten about them. Never fear! Right now, our exper…
RT @bollyky: The Bollyky lab is hiring! We're looking for post-docs interested in studying bacteriophages in the human body to come join u…