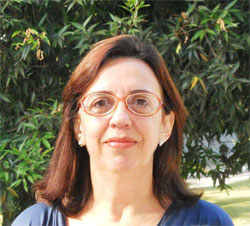 Graduated in Pharmacy from the University of São Paulo, with a Ph.D. in Microbiology and Immunology from the Escola Paulista de Medicina and a postdoctoral fellowship at the Liverpool School of Tropical Medicine in Molecular Biology of Toxins. Researcher at Instituto Butantan, was the head of the scientific division of the institute in two different periods when was responsible for the organization of the first postgrad course in Toxinology. Her studies were mostly in the area of ​​Toxinology, focusing on the functional activity of components of snake venoms, particularly on the structure and function of metalloproteinases. In the last years, collaborates with groups from the Amazon States, addressing ecological and evolutionary aspects of snakes, as well as experimental and translational approaches related to human snakebites, including the effectiveness of commercial antivenoms in the region. Presents more than a hundred publications in international journals, also acting as a reviewer and associate editor in relevant journals for Toxinology.