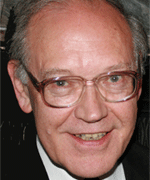 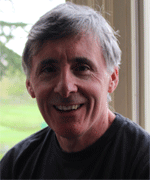 Edward (Eddie) Rowan was awarded his PhD in 1987 in pharmacology and neurobiology from the University of Strathclyde, Glasgow, UK. He is head of the Centre for Venom and Toxin Drug Discovery. His research interests are centred on the pharmacological action animal venoms with a particular interest in neurotoxin phospholipase toxins that alter neurotransmitter release at mammalian neuromuscular junctions. He was the first to discover that phospholipase toxins facilitate transmitter release though blocking nerve terminal potassium channels. He is currently collaborating on projects aimed at understanding the pharmacology of several clinically important scorpion venoms. Eddie co-organised the 2006 IST Congress at Glasgow.

RT @UniofOxford: Are you preparing for your Oxford undergraduate interviews? You can find plenty of information and resources on our we…
RT @HiliLab: We have an opening for a #chempostdoc in medicinal chemistry @YorkUniversity for a @SRC_CRS funded project to develop small-mo…
Well done #England 👏👏👏 #ENGvsIND #T20WorldCup
RT @royalsociety: Born #OnThisDay in 1867 was Marie Skłodowska–Curie, the first woman to win a Nobel Prize, the only woman to win twice and…
RT @oxonlab: Hi everyone, We are temporarily discontinuing our laboratory training course for the foreseeable future. Any updates will be…